Diarrhoea continues to take its toll on people Diarrhoea was detected on Thursday (10 September) in Thanapara and Khanka Sharif area but soon it spread quickly in Paschimpara, College Road, Palashpara, Masterpara and Banierjan areas of the town. Today (till 8:30pm) 85 new patient were admitted (19 women, 60 men and 6 under-five children) to the hospital. BRAC built an extension of temporary shed to accommodate 20 more patients in addition to the one it had initially established. Number of BRAC staff including a doctor from Rangpur team is helping in the government initiatives. BRAC has donated 500 bags of IV fluid to Civil Surgeon of Gaibandha. The test report of diarrhoea is yet to be made public.

Emergency response continues in the remote chars of Jamuna/ Brahmaputra
BRAC continues its emergency response to the chars with the help of district administration and local NGOs like Gana Unnayan Kendra (GUK). Today 110 tarpaulins (with 110 ropes) and 110 solar torches were distributed in the most hard-to-reach areas of Gidari and Uria unions of Fulchori sub-districts of Gaibandha. Chairmen of respective union councils were also present during the distribution process. All the 110 families were living in the open after they lost their houses in river bank erosion.

BRAC also completed distribution of cash support (BDT 500 each) among 100 flood-affected families in Roumari of Kurigram.

Planning for child friendly space
UNICEF has expressed their willingness to help BRAC with toys and materials in setting up child friendly spaces to ensure the protection of the flood affected children from possible drop out/trafficking/child labour and early marriage. BRAC is exploring the possibilities of opening more child friendly spaces with experienced partners in Gidari, Uria and Gotherhat of Fulchori and Gaibandha.

Emergency response continues as waterborne diseases spread among the people 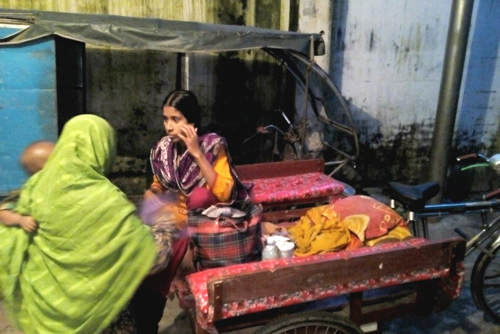 Water level of the major river systems: Brahmaputra-Jamuna, Ganges- Padma and Surma-Kushiyara have started falling, which is likely to continue in the next 72 hours. Water-borne diseases like diarrhoea has been detected in Gaibandha. More and more schools are being flooded with the breach of the embankment.

Kurigram
300 most affected families received cash grant of BDT 500 today with 100 families each from Chillmari, Roumari and Rajibpur sub-districts. With today's contribution, a total of 440 families in Kurigram have received support from BRAC.

Lalmonirhat
BRAC field offices distributed cash support of BDT 1,000 to another 200 most vulnerable families in Hatibandha and Aditmari sub-districts. Respective upazilla nirbahi officers (UNO) were involved in the process. With today's contribution, 240 most vulnerable families of three sib-districts have (Sadar, Hatibandha and Aditmari) received support in Lalmonirhat.

Gaibandha
BRAC's Gaibandha team has decided to provide 225 tarpaulins and 100 solar torches among the water-stranded people of chars and Gaibandha Sadar after reviewing the need and the latest flood situation. BRAC team of Gaibandha with the assistance of Gana Unnayan Kendra (GUK), a local NGO, will distribute 110 tarpaulins and 100 solar lights to the affected chars soon. Gaibandha team is also exploring the possibilities of setting up a few child friendly spaces in the area. The team may also go for dry food distribution where access to market and cooking facilities are limited.